Belonging Identity, Culture and Religion Center for Muslim Life About the CML 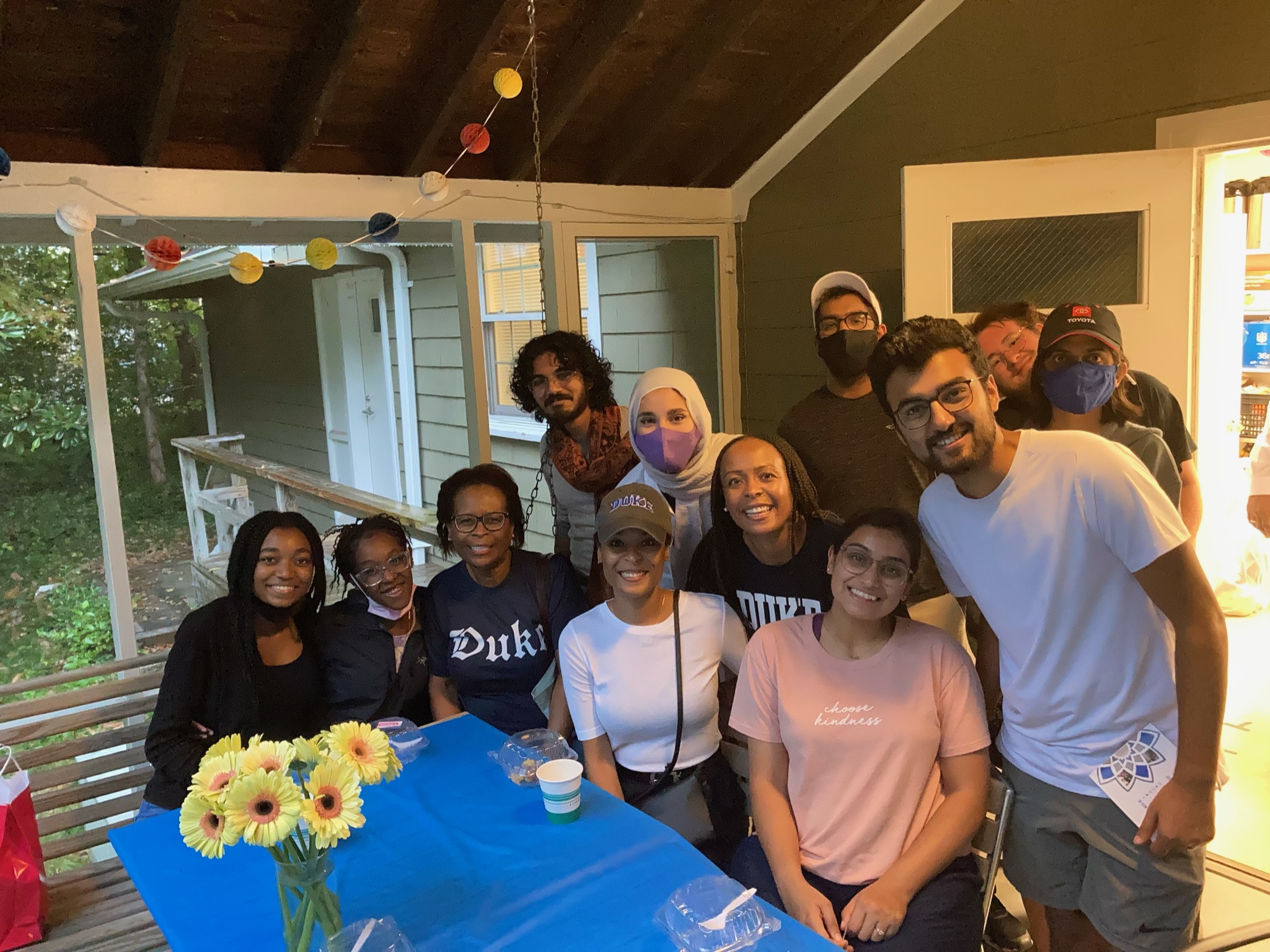 The Center for Muslim Life (CML) at Duke provides a welcoming environment for students to explore Muslim identity, celebrate Muslim and Islamic cultures, build community, and engage with Islam in spiritual, social, and intellectual ways. Through the combined efforts of our staff, which includes an Office Coordinator, Student Development Coordinator, Muslim Chaplain, and Program Associate, the CML strives to attend to the needs of the diverse community of Muslim students at Duke. Muslim Life at Duke aims to create a space where Muslims from marginalized communities feel welcome and are cared for.

In addition to programming that deals with issues in Muslim communities, we organize a variety of activities and events related to interfaith, community service, and social justice and activism and offer mentorship and student leadership development. CML’s programming creates spaces for students, staff, faculty, and community members to discuss issues related to faith, identity, spirituality, and activism. 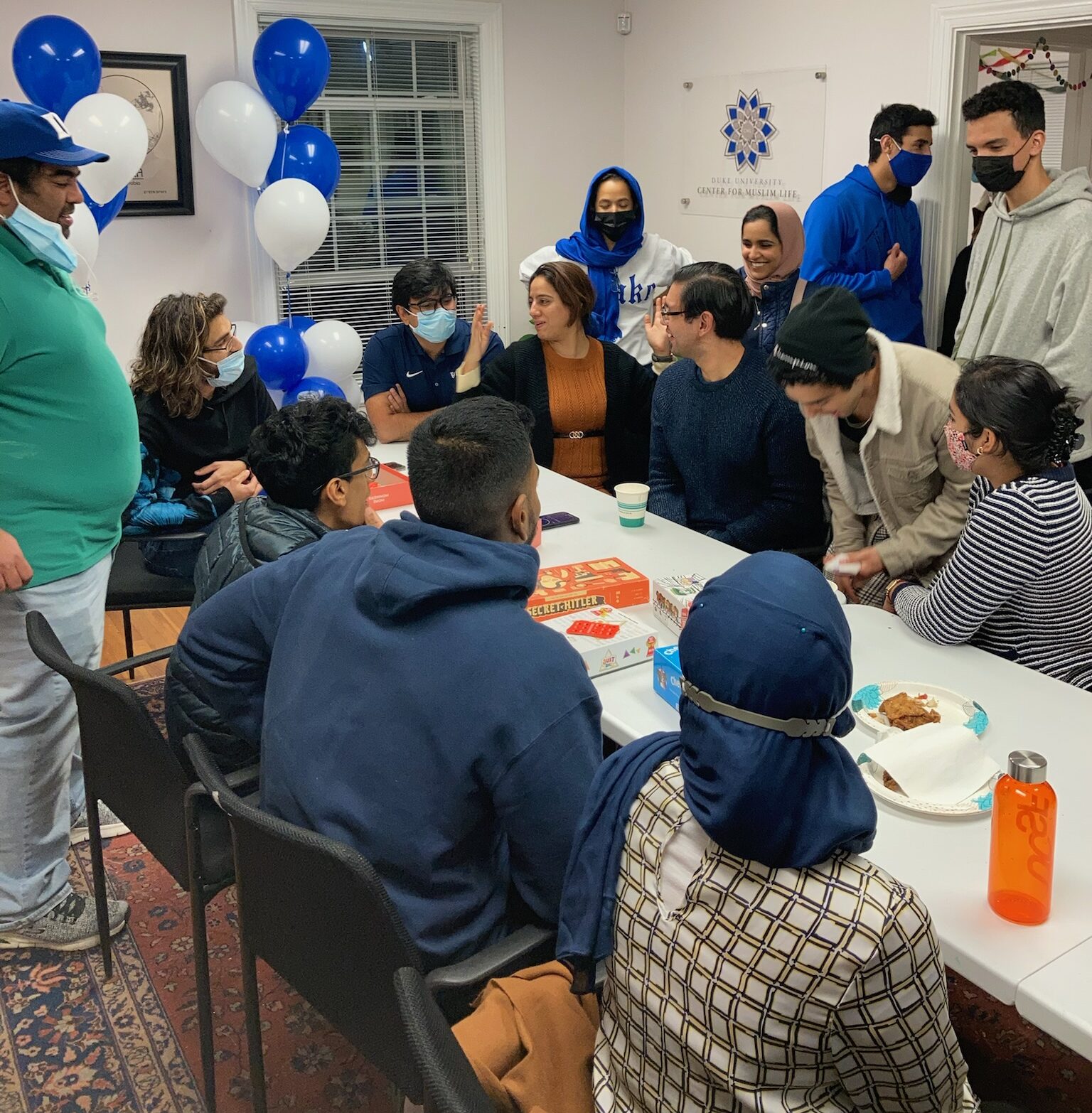 If you haven't visited the Center for Muslim Life yet, we invite you to come check us out: watch a movie on our flat-screen TV, play games from our collection, host a study group, or join us for some of our scheduled programming. Our doors are always open!

Sign up to join our listserv and receive our weekly newsletter at  bitly.com/dukecml.

A Message From the Chaplain

Is it possible to learn about different faiths, political ideologies, and cultures, without trying to be right or prove others wrong? Can we try to understand before insisting to be understood? At the Center for Muslim Life, we want the answers to both of these questions to be…YES!! I believe that humanity’s differences have been strategically designed to provide us an opportunity to learn from one another (Qur’an 49:13). We all have the ability to expand our knowledge and horizon by getting to know each other.  The Muslim world is very diverse, and that diversity is present here at Duke. One of the main things I learned in seminary is that it is possible to strengthen one’s own beliefs and opinions while exploring others. The anger and hate that lives in our conversations can be replaced with love and compassion. Our differences can be appreciated, and sometimes even celebrated, instead of aggressively trying to convert and change others. We look forward to working with others who agree with this philosophy. And we’re excited to learn from those who do not. The doors of the Center for Muslim Life at Duke University are open to all. God Bless you.

Program Associate
Contact him for information about graduating students and alumni

Student Development Coordinator
Contact her for information about programming and student mentoring!

Our vision is to provide the best Muslim Life experience in higher education.

The CML helps to bridge the faith and values of Muslim students with their Duke education. We create an environment for Muslims to flourish by enriching understandings of Islam through meaningful engagement with students, faculty, staff and alumni.

Over the past 13 years, the Center for Muslim Life has served as the hub for Muslim Life at Duke, a home away from home for students, families, staff, faculty, and community members. The story of the Center for Muslim Life begins in 1998, when Imam Abdul Hafeez Waheed volunteered as the first Muslim Chaplain at Duke. As chaplain, Imam Waheed helped to organize and conduct Islamic religious services on campus and advocate for the needs of Muslim students at Duke, particularly a call for a space to pray and call home.

On April 4, 2001, the Duke Student Government Legislature voted to support university efforts to find a long-term campus space for religious groups, particularly addressing the needs of Muslim students. These calls were answered with a prayer space in the basement of the Bryan Center.

Muslim Life at Duke continued to grow and as a result of the hard work and advocacy of students and volunteers like Imam Waheed, Duke named Imam Abdullah Antepli as its first full-time Muslim Chaplain in 2008. At the time, Duke was one of only four American universities to have a full-time Muslim chaplain. One year later, the Duke Center for Muslim Life opened its doors at its facilities on Swift Ave for the first time. The center boasted offices, a prayer space, kitchen, and more.

Now, 13 years later, with the help of Chaplain Joshua Salaam and Imam Waheed, the Center for Muslim Life has moved to a newer, larger, and more conveniently located facility in Few Quadrangle, near the heart of student life on West Campus. The Center for Muslim Life will continue to be home to vibrant religious services, social gatherings, study halls, celebrations, and learning, and our vision of providing the best Muslim Life experience in higher education is becoming a reality.

Learn more about our history with our timeline here.