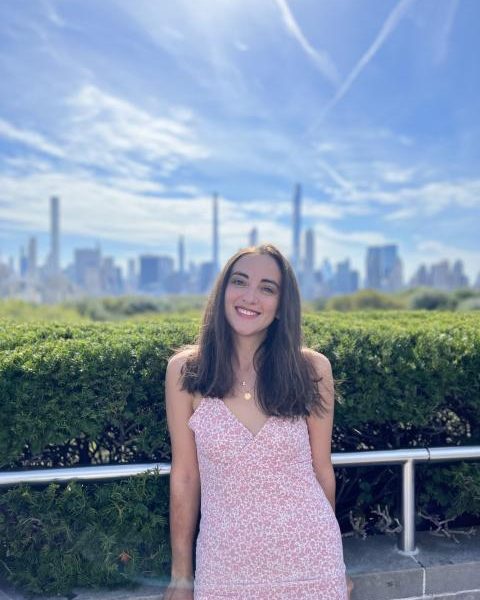 Last month I had the opportunity to talk to Duygu Dogrucan, who is a Turkish professor at Duke – and also an active participant in the International House’s English and Spanish Conversation Clubs. After receiving her BA and a MA in Foreign Language Education in Istanbul, Duygu reflected on whether she wanted to seek a PhD, describing this time as a “personal discovery period”. This was when she found the Fulbright Program, a prestigious program that provides grants to individuals interested in teaching their native language in other countries (or for work/research projects). Duygu had taught English in the past, but she was embarking on a new journey that required her to teach her own language – Turkish – in US classrooms.

Duygu arrived in Durham on a Fulbright scholarship in the Fall of 2021. Upon moving to the United States, she was surprised to find that there were very few cultural shocks. Because she had already learned English, Duygu was familiar with American culture and felt like a local on campus. If anything, the optimistic and friendly faces around Duke made her feel at home. Duygu also found that teaching Turkish as opposed to English was not as big of a leap as she had imagined it to be. “I use the same logic, so I can also use the same practices,” said Duygu about this shift. However, the transition proved difficult in a few unexpected ways. “I was not used to needing a car”, Duygu notes, referring to the differences between metropolitan Istanbul to the much more rural Durham. Having grown up with access to public transportation, she found herself confused by the cost of rideshare services that are key to getting around Durham without a personal car. Regardless, Duygu was happy to tell me that she had found welcoming spaces on campus: she attends the English and Spanish Conversations Clubs to strengthen her language skills but more importantly, make friends and get to know the international community at Duke.

At Duke, Duygu teaches for the Turkish program. Turkish has been designated as a critical language by the U.S. government, but few Duke students elect to learn it: Duygu says that this makes it even more important for her to make class engaging and interesting for students who choose to take on this challenge. She considers herself a “cultural ambassador”, taking time to incorporate Turkish culture into lessons and hosting events outside of class for her students. One of these events is the Turkish Tea & TV Hour, which Duygu hosts both online and in person. Currently, this language club follows the events of a Turkish series “The Club”. This Netflix hit is placed in 1950s Istanbul, and follows the story of a troubled mother who works at a nightclub in hopes of helping her estranged daughter. You can register for future Turkish Tea & TV Hours by contacting didem.havil@duke.edu or duygudogrucan@gmail.com.

Flag of the Week: Andorra

Flag of the Week: Nicaragua

Flag of the Week: Bosnia and Herzegovina