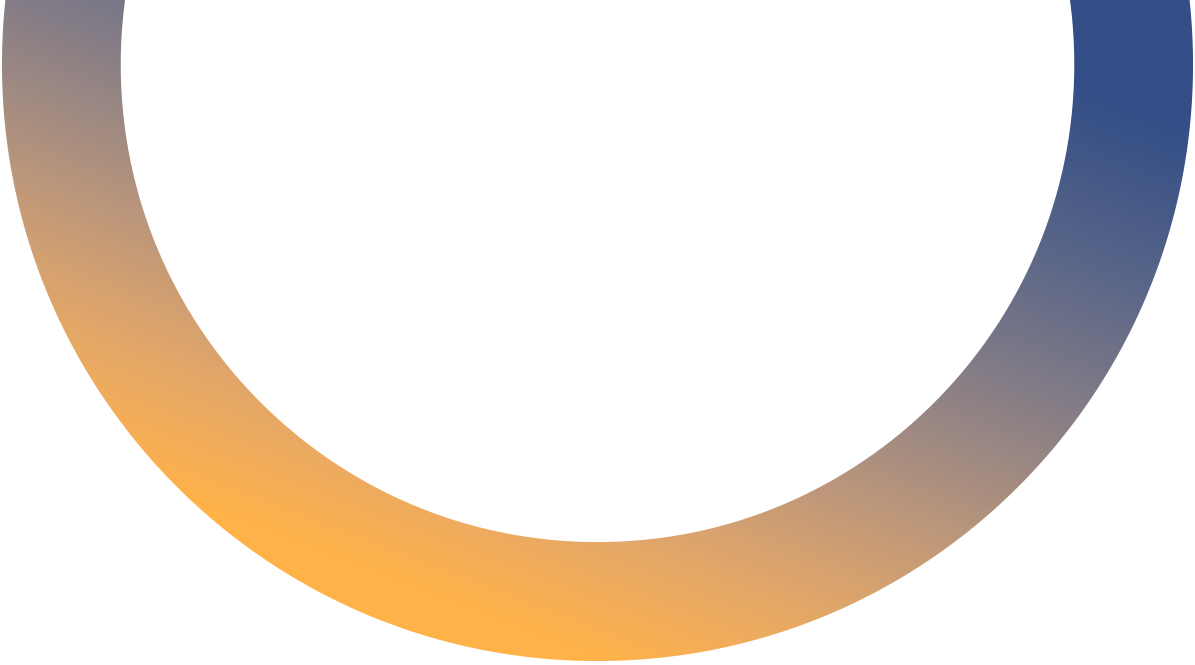 We’re excited to welcome you and we look forward to meeting you soon. 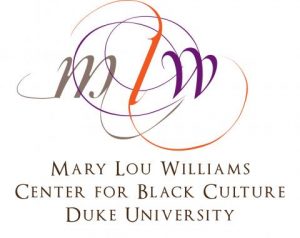 The Mary Lou Williams Center for Black Culture strives to promote racial understanding, build community, and foster an appreciation for and increase knowledge of Black people, Black history, Black culture, and the vast contributions of people of the African Diaspora.

The African American presence in the Duke University undergraduate community began in 1963, and although it would not be realized for two decades, the Mary Lou Williams Center for Black Culture was born of that moment in history and bears its markings. Established in 1983, The Center remains a safe, welcoming and supportive space that reflects the core values, culture, mission and perspectives of Duke's Black community.

Our history shows a clear path for the future.

Learn more about how we got started and about the woman who was so influential in guiding our purpose and vision.

Learn about our Programs 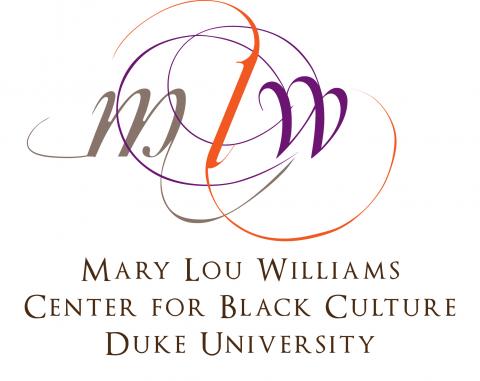 The African American presence in the Duke University undergraduate community began in 1963 and, although it would not be realized for two decades, the Mary Lou Williams Center for Black Culture was born of that moment in history and bears its markings. Established in 1983, The Center remains a safe, welcoming and supportive space that reflects the core values, culture, mission and perspectives of Duke’s Black community

The Center was named to honor the great artist—Mary Lou Williams (b. Atlanta, GA, 8 May 1910; d. Durham, NC, 28 May, 1981). Williams taught at Duke University as an Artist-in-Residence from 1977 until her death. She is remembered by artists such as Duke Ellington, Thelonious Monk and Bud Powell as one whose musical and spiritual contributions were singular and profound.

The Mary Lou Williams Center for Black Culture at Duke University officially opens in September 1983 with the expressed purpose of 1) preserving and enhancing Black culture at Duke University 2) promote a better understanding and harmony among the races  3) provide a meeting facility for those with an interest in Black culture 4) promote the recruitment of Black students to Duke University by providing a magnet area 5) help motivate the student population and general public to increase their knowledge and understanding of Black culture; and 6) assist Black students in maintaining their self-esteem by promoting cultural pride.

Opening Ceremonies for the Mary Lou Williams Center for Black Culture occurred September 23-25, 1983.  The Center opens in West Union 02.  The founding director was Ed Hill.  The keynote speaker was Toni Morrison.  In 2003, Mary Lou Williams Center for Black Culture was relocated to West Union 201, the former Oak Room.  Leon Dunkley was director.  Mary Lou Williams’ Music for Peace (or Mary Lou’s Mass) was performed September 21, 2003 in Duke Chapel.  Official opening ceremonies occurred March 2004.  The keynote speaker was Dr. John Hope Franklin.  The Mary Lou Williams Center for Black Culture moved to the Flowers Building under the directorship of Chandra Guinn in 2013. The University commemorated the 50thAnniversary of the first Black undergraduates to enrolled at Duke and was the center focus of the Center and campus thus there were not special opening ceremonies. The year, 2019 the University commemorated the 50th Anniversary of the Allen Building Takeover with original protesters recognized on campus and a special exhibit in the Perkins Library entitled “Black Students Matter” Taking Over Allen in ’69.  The Mary Lou Williams Center was the venue for a special Sunday service for the original protesters.  The keynote speaker was Rev. Dr. William C. Turner, T’69 and special remarks were given by Howard Fuller.   As a part of this commemoration, the MLWC facilitated a conversation for the campus community on the February 13, 2019 to consider how student activism/students' demands called for and became the catalyst for institutional change.  Participants reflected on the conditions that gave rise to the Allen Building Takeover on February 13, 1969, the 14 years that followed until the opening of the Mary Lou Williams Center for Black Culture in September 1983 and the additional student activism before and since that allow for 'The Mary Lou' to be a beacon of Black culture and keeper of Black history at Duke University.

Pianist and composer, Mary Lou Williams, [née. Scruggs, Mary Elfrieda] (b. Atlanta, 8 may1910; d. Durham, NC, 28 May 1981) grew up in Pittsburgh, PA where she played professionally from a very early age.  Taking her stepfather’s name, she performed as Mary Lou Burley.  In 1925 she joined a group led by John Williams, whom she married.  When in 1929 Andy Kirk took over Terrence Holder’s band, of which John was a member, Mary Lou Williams served the group as deputy pianist and arranger until April 1930, at which time she became a regular member.

The fame of Kirk’s band in the 1930s was due largely to Williams distinctive arrangements, compositions and solo performances on piano; she also provided noteworthy swing-band scores for Benny Goodman, Earl Hines, Tommy Dorsey and others.  After leaving Kirk in 1942, Williams formed her own small group in New York with her second husband, Shorty Baker, as trumpeter.  She briefly served as staff arranger with Duke Ellington, writing for him the famous Trumpet No End in 1946.  In the same year, three movements from the Zodiac Suite were performed in Carnegie Hall by the New York Philharmonic Orchestra—a very early instance of the recognition of jazz by a leading symphony orchestra. She was among the first jazz artists to perform at Carnegie Hall and St. Patrick’s Cathedral in New York City.

By now, Williams had become an important figure in bop, contributing scores to Dizzy Gillespie’s big band and advancing the careers of many younger musicians. She continued to work with some of music’s greatest legends, including Ben Webster, Thelonious Monk and Bud Powell. From 1952 to 1954, she was based in Europe.  Williams retired from music in 1954 to pursue religious and charitable interests, but resumed her career in 1957.  She remained active throughout the 1960s and 1970s leading her own groups in New York clubs, composing sacred works for jazz orchestra and voices, and devoting much of her time to teaching.  In 1970, as a solo pianist and providing her own commentary, she recorded The History of Jazz (FW2860).

Williams was long regarded as the only significant female musician in jazz, both as an instrumentalist and as a composer, but her achievement is remarkable by any standards.  She was an important swing pianist, with a lightly rocking, legato manner based on subtly varied stride and boogie-woogie bass patterns. Yet by constantly exploring and extending her style, she retained the status of a modernist for most of her career.  She adapted easily in the 1940s to the new bop idiom and in the 1960s her play attained a level of complexity and dissonance that rivaled avant-garde pianism of the time, but without losing the underlying blues feeling.  A similar breadth may be seen in her work as a composer and arranger, from her expert swing-band scores for Kirk (Walkin’ and Swingin’, Mary’s Idea, etc.) to the large-scale sacred works of the 1960s and 1970s.  Her Waltz Boogie of 1946 was one of the earliest attempts to adapt jazz to non-duple meters.  Among her sacred works are a cantata, Black Christ of the Andes (1963), and three masses, of which the third Mary Lou’s Mass (1970), became well known in a version choreographed by Alvin Ailey.

Towards the end of her life, the distinguished pianist, composer, teacher and humanitarian received a number of honorary doctorates from American universities. Williams taught on the staff of Duke University as an Artist-in-Residence from 1977 until her death in 1981.

From The New Grove Dictionary of Jazz, edited by Barry Kernfeld.

From West Campus Bus Stop
Facing Duke Chapel, from the bus stop, take the sidewalk to the left leading to the Chapel steps. At the base of the Chapel steps to your left is the Flowers building.  The Mary Lou administrative suite is on the first floor to the right when you enter the building.

From the Durham Freeway/Hwy 147 to the Bryan Center Parking Lot:
Take the Durham Freeway/Hwy 147 to the Chapel Hill Street Exit [Exit 13]. Turn right off the ramp and follow Chapel Hill Street down to Towerview. At the stoplight on Towerview make a right. Follow Towerview to Science Drive. At the stoplight, turn right onto Science Drive. Down the street on your right you will see signage for the Bryan Center Visitors Lot. Turn right into the driveway for parking options.