Belonging Identity, Culture and Religion Women’s Center About Us 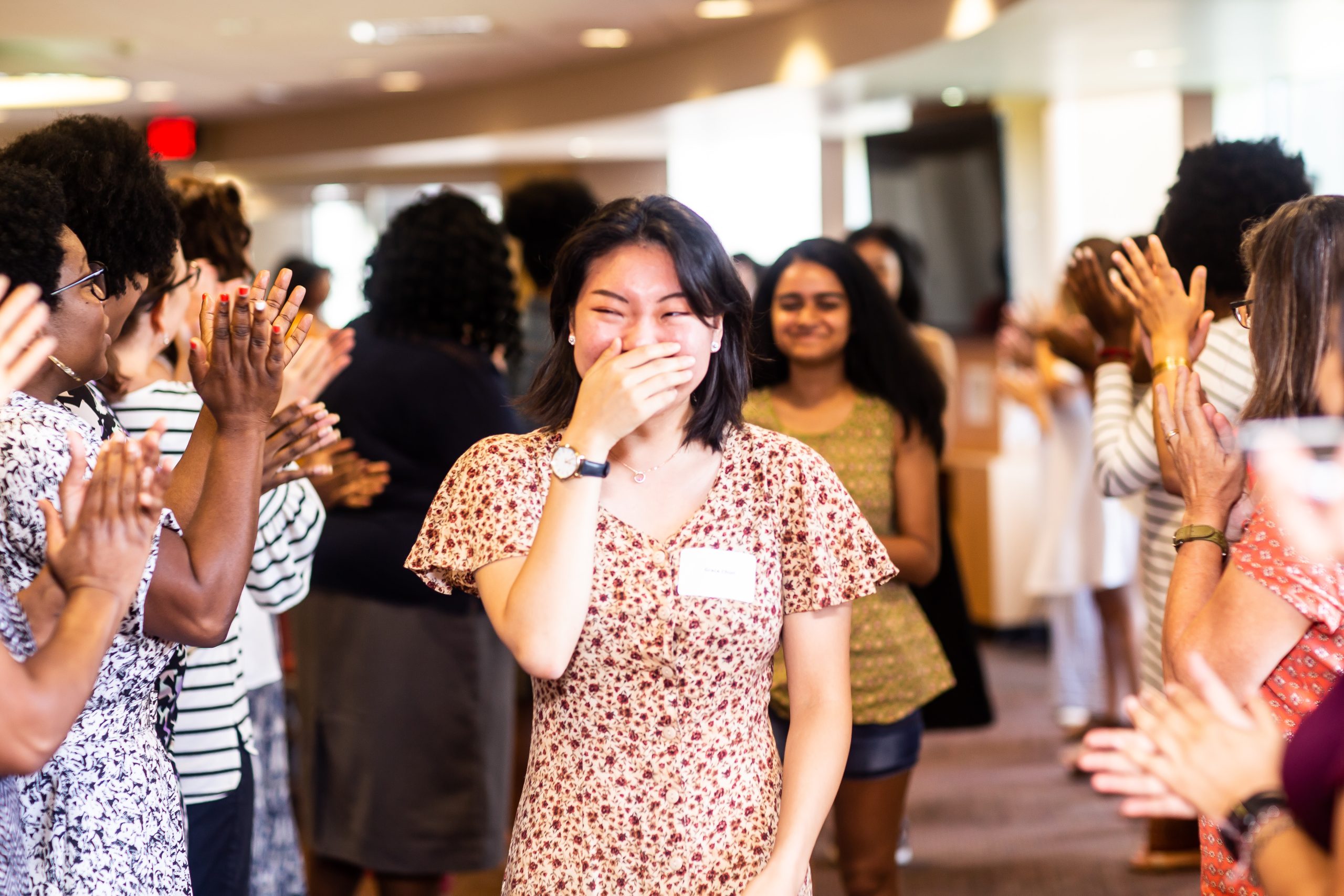 Find your feminist voice or just figure out what that means by joining in the movement. Femilist is our weekly newsletter run by our interns!

The Duke University Women’s Center is dedicated to helping every woman at Duke become empower and self-assured, ready to actively engage with the world. We welcome men and women alike who are committed to gender equity and social change.

We are located on the top floor of the Bryan Center in BC 101. 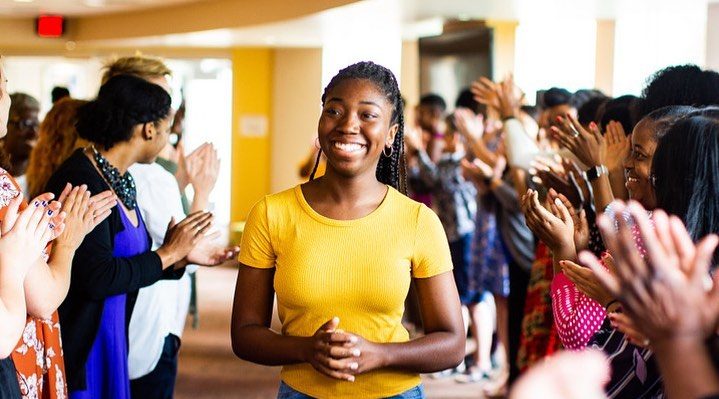 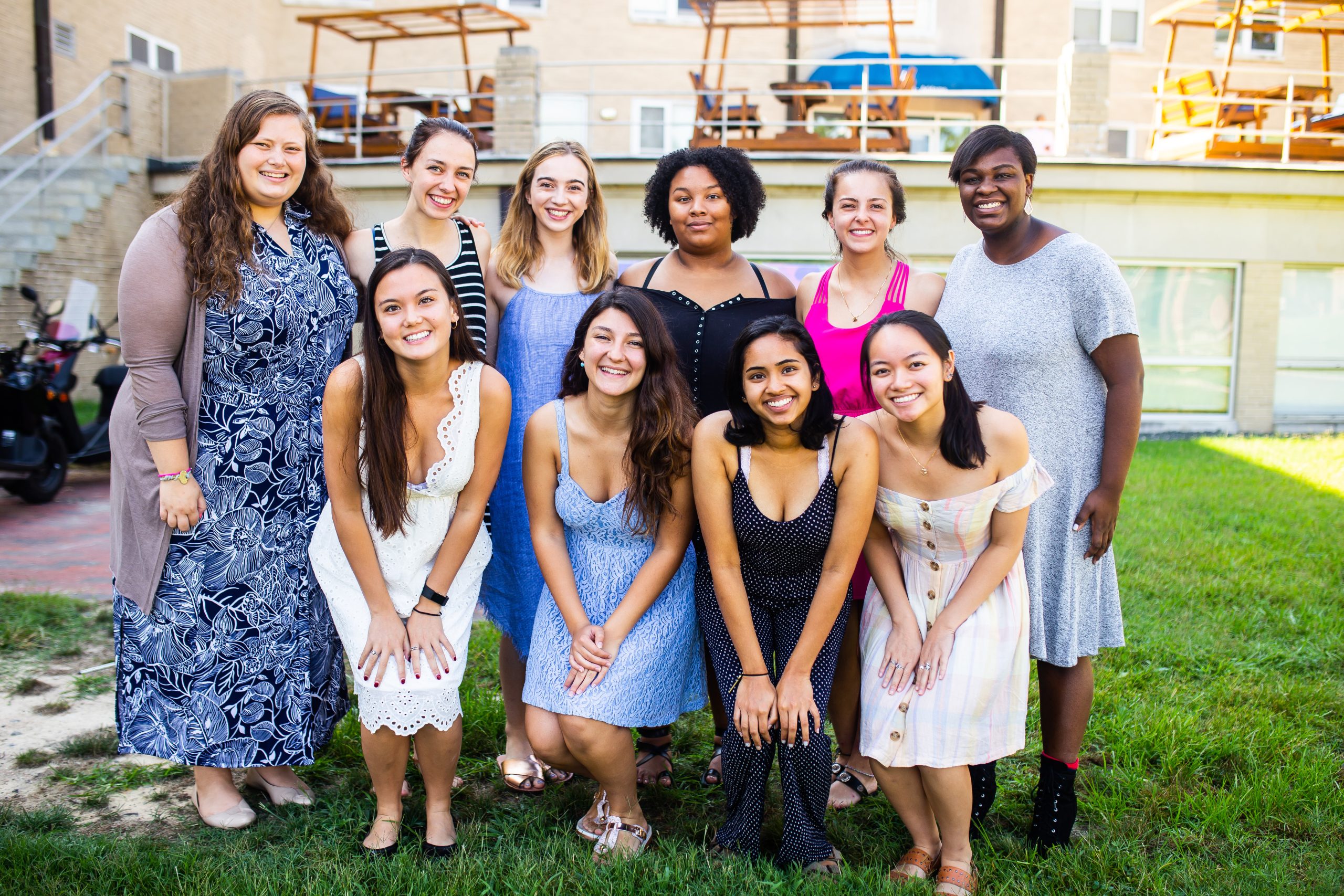 The Duke University Women’s Center promotes a campus that supports, celebrates, engages, and collaborates with womxn, student groups, and stakeholders to build a Duke culture that centers gender equity, intersectionality, and social justice.

We work to build a better tomorrow for our students by developing authentic womxn leaders, creating space for activism, and encouraging transformative learning experiences around issues of gender equity on Duke’s campus and in their daily lives.

We approach our work using these guiding values:

In January 1989, the Women’s Center began in a cubicle in the Bryan Center under the direction of Martha Simmons. In 1991, it moved to 107 Few Federation, and an office and staff dedicated to services for sexual assault survivors was added to the center. In 1993, Ellen Plummer assumed leadership of the center and the staff grew to include a program coordinator. The year 1999 marked the tenth anniversary of the center and a new direction with the leadership of Donna Lisker. Lisker was heavily involved with the Women's Initiative and introduced the Baldwin Scholars Program, a selective four-year leadership program exclusively for undergraduate women at Duke. As Donna Lisker transitioned to helm another area at Duke, Ada Gregory, a Duke employee in the Kenan Institute for Ethics assumed directorship of the Center. Amongst Gregory’s many accomplishments was the establishment of the Moxie Project, a summer social justice program held in New York. In December 2013, Ada Gregory transitioned to another area at Duke. In January 2014, Stephanie Helms Pickett who was serving as the Director of Assessment and Professional Development in the Division of Student Affairs assumed directorship of the Center. Under Helms Pickett’s leadership, the Center expanded its clinical and prevention staff, focused deeply upon the arts and STEM, created the initiatives such as SHEntrepreneur in Residence, assumed a Department of Justice grant, the first year female breakfast, the WomC Awards and Day Party, Summer Soiree and expanded the reach of Feminist/Womanist Month. In May 2016, the Center relocated to its new home on east campus in the Crowell Building. In 2018, Assistant Director for Educational Initiatives Krystal George took on directorship, guiding the Center through the Covid-19 pandemic. After many years of participating in both gender equity and gender violence prevention work, the violence prevention entity of the Women’s Center transitioned into the Center for  Gender Violence Prevention and Intervention (GVPI) in Fall 2022. The Women’s Center then moved into the Bryan Center on West Campus and reaffirmed its commitment to gender equity work on Duke’s campus. The Duke Women’s Center is working to promote a campus that supports, celebrates, engages, and collaborates with womxn, student groups, and stakeholders to build a Duke culture that centers gender equity, intersectionality, and social justice.